What does it mean for us to know that Jesus experienced fear? Should we downplay Jesus’ fear, as though he only seemed to experience fear, but in reality, he was completely cool, collected, and composed? If Jesus did experience true fear, was his fear of the same kind that we experience, or was his fear different from ours? Does fear detract from the glory of Jesus?

These are complicated questions, but it’s necessary for us to tackle them if we want to understand what it means for the eternal Son of God to empty himself by taking the form of a servant for us and for our salvation (Phil. 2:7).

Jesus’ Fear in the Bible

Let’s start with what the Bible tells us about Jesus’ fear, which we see most clearly in two scenes from the Gospels. The first passage is in Jesus’ prayer in the Garden of Gethsemane. Luke’s account captures the Jesus’ anguished fear the most vividly:

And he withdrew from them about a stone’s throw, and knelt down and prayed, saying, “Father, if you are willing, remove this cup from me. Nevertheless, not my will, but yours, be done.” And there appeared to him an angel from heaven, strengthening him. And being in agony he prayed more earnestly; and his sweat became like great drops of blood falling down to the ground. (Luke 22:41–44)

Jesus experienced such anguished, anxious fear that his body began to sweat great drops of blood. This eliminates any possibility that Jesus only seemed to experience fear. The reaction of Jesus’ body confirms that he experienced the deepest kind of fear—far deeper than even what we consider to be worthy of our own anxieties, worries, and fears.

The second passage is related, but in a different setting in the Gospel of John:

Although this scene is not as vivid as Jesus’ prayer in Gethsemane, we should notice that in both scenes Jesus’ fear centers around his going to the cross. Furthermore, Jesus actively prays in at least the first passage (and possibly, depending on translation, in the second passage as well) that his Father will find some other way to save the world than the cross. Nevertheless, in both places Jesus asserts his commitment to endure the anguish of the cross in spite of his fears.

So, how is this fear similar to and different from our own fear? Classically, theologians have made an important distinction between two kinds of fear: natural fear and unnatural fear. John of Damascus (676–759 AD) writes that “fear is natural when the soul is unwilling to be separated from the body, on account of the natural sympathy and close relationship planted in it in the beginning by the Creator, which makes it fear and struggle against death and pray for an escape from it” (John of Damascus, Exposition of the Orthodox Faith, 120).

Natural fear, therefore, is a good and holy impulse that clings to the goodness of life and shrinks from the evil of death. The natural fear that Jesus experiences here regarding the prospect of his own death corresponds to the furious grief he experienced at the death of Lazarus (John 11:33–35, 38). In fact, the word Jesus uses to describe being “troubled” (tetaraktai) by his own death (John 12:27) is a different form of one of the same words that John used to describe Jesus as “deeply troubled” (etaraxen) at the graveside of Lazarus (John 11:33).

Unnatural fear, on the other hand, “arises from treachery of reasoning and want [i.e., “lack”] of faith, and ignorance of the hour of death, as when we are at night affected by fear at some chance noise….This our Lord did not assume. Hence He never felt fear except in the hour of His passion….” (John of Damascus, Exposition of the Orthodox Faith, 121). Jesus is not cowardly or anxious. He does not suffer because of a lack of faith. He embodies perfect love, which casts out all unnatural fear (cf. 1 John 4:18).

Furthermore, Jesus’ fear does not arise from ignorance of what will happen, but from a precise knowledge of the horrors that he will endure. R. C. H. Lenski writes:

His was not to be a death like that of the Christian for whom the terrors of death have been removed by the cancellation of sin and guilt; nor like the death of the unbeliever who is blind or realizes only in part what awaits him. Jesus was to die with all the world’s sin and guilt upon him. The curse and damnation of that guilt was to strike him and to crush out his life. All the dreadfulness of this impending death was fully revealed to him. He saw all that was awaiting him. (Lenski, The Interpretation of John’s Gospel, 869.)

Jesus sees the full extent of God’s wrath against human sin that he must endure, and he shrinks from what awaits him. Part of the glory of Jesus’ obedience, then, is that he obediently goes to the cross in spite of his overwhelming fears.

Jesus’ Fear vs. Our Fear

All this means that Jesus’ fear is both like and unlike ours as he experiences terror about his approaching death. He is like us by experiencing fear and sorrows, and he even experiences those emotions at a depth which we will never know. Although the Son cannot experience fear in his nature as God, he subjected himself to the experience of human fear when he took upon himself a human nature. Whenever you experience natural fear in the face of your death or in the face of the death of those you love, remember that the Son of God himself endured the agony of true, natural fear as he approached the cross.

Still, Jesus is also unlike us in his experience of fear. To start, we experience unnatural fears that stem from our sin, lack of knowledge, lack of faith, and overactive imaginations in a way that Jesus did not. But even in the realm of natural fear, Jesus’ fear reached a different degree than ours ever will. Jesus could not pray for deliverance (“Father, save me from this hour”) in the same way that the Psalmist could pray, for example, “My soul also is greatly troubled. But you, O LORD—how long? Turn, O LORD, deliver my life; save me for the sake of your steadfast love” (Ps. 6:3–4). The Psalmist may pray in the hopes that God will grant his request and spare his life, according to his will (Ridderbos, The Gospel According to John, 434).

We may also pray the words of the psalms, expecting in faith that God will either spare our life or grant us a glorious entry into his eternal kingdom of life. Jesus, on the other hand, knows that he cannot be delivered from dying under the condemnation of his Father. Herman Ridderbos writes, “His entry into the hour is precisely why others before him and after him have not prayed, and will not pray, in vain: ‘Father save me from this hour!’ Only in Jesus’ death lies the security of their life” (Ridderbos, The Gospel According to John, 435).

When you experience fear, remember that Jesus not only endured fear with you. More importantly, Jesus took upon himself an infinitely agonizing fear for you, so that you would not have to die in dread of the wrath of the Father. His courageous perseverance through this fear does not detract from his glory, but rather reveals his glory at the cross. 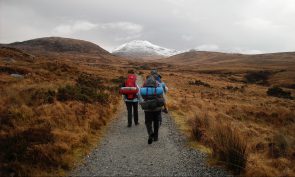 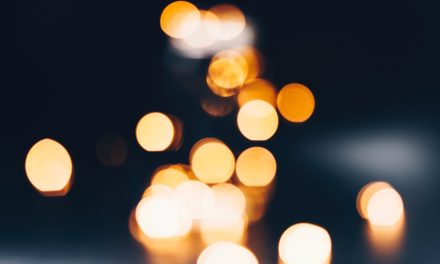 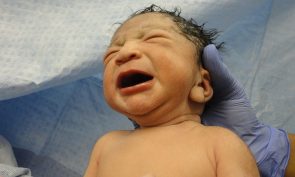 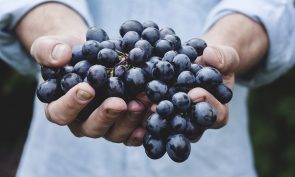 Fruitfulness: A Biblical Theology of Productivity